He was appointed as an Instructor of Surgery at Prince of Songkla University (PSU), Songkhla, Thailand right after his completion of General Surgery Board Examination in 2002. Dr. Hiranyakas was involved in both the undergraduate and postgraduate medical education and served as Professor at University of Shanghai for Science and Technology. He also held an academic appointment in 2009 and subsequently awarded doctor of philosophy from School of Medicine and Dentistry, James Cook University (JCU), Queensland, Australia.

He completed his advanced surgical training in National University Hospital, Singapore in 2004. He continued his Advanced Laparoscopic Colorectal Surgery (2007) from Queensland, Australia, Robotic (da Vinci robotic surgical system) Colorectal Surgery (2011) from University of California, San Diego, USA. and Korea University, Seoul, Korea, and Advanced Training in Colorectal Surgery and pelvic floor physiology (2009-2011) from Cleveland Clinic Florida, USA. His advanced training in Colorectal Endoscopy (2005), Showa, Japan also provides him with special skills in both diagnostic and therapeutic colonoscopy. His unique overseas training experiences of over a thousand colorectal surgery cases have provided a broad range of colorectal procedures including cancer, inflammatory bowel disease, benign anorectal conditions, sphincter-saving operations, re-operative abdominopelvic surgery and functional colorectal conditions eg. constipation, and bowel incontinence. He was also trained in functional anorectal physiology and is an expert in endoanal and endorectal ultrasonography. From all these achievements mentioned above, he is regarded as one of the best colorectal surgeon in Asia Pacific, Thailand and Western countries.

Dr. Hiranyakas has given over a hundred lectures worldwide (in North and South America, Europe, Australia, Africa and Asia). Furthermore, he was awarded as an “Outstanding Professional Qualities” among the candidate surgeons around the world during the Jubilee World Congress of the International College of Surgeons in 2015. He has authored numerous publications and book chapters under Prince of Songkla University, James Cook University and Cleveland Clinic Florida. His key publications involve benign colorectal diseases and colorectal cancer. He has also been selected as a reviewer for many peer-reviewed, high impact factors journals in the field of colorectal surgery. He has directed and organized the bi-annual world renowned, International Colorectal Disease Symposium held in both Phuket and Bangkok since 2013. As an internationally recognized with extensive background, Professor Art Hiranyakas is one of the most searched colorectal surgeons online by foreign and local patients for second opinions. 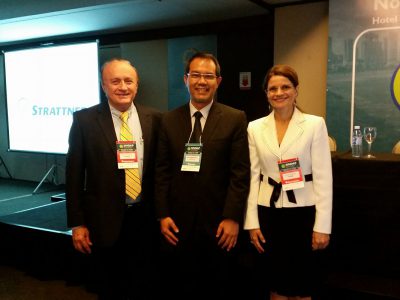